Heal yourself through self-hypnosis What is EMDR? (Eye Movement De-sensitisation Reprocessing)

Hypnotherapy: Will I have to act like a chicken?

Most people know very little about hypnosis beyond what they’ve seen on TV, but it’s a powerful and effective tool for changing habits and overcoming fears. Unfortunately, one of the first things that springs to mind when the subject of hypnosis comes up is the image of people doing silly things, like acting like a chicken or eating an onion thinking it’s an apple.

Hypnosis in a therapeutic context is nothing like stage hypnosis in which people’s basic commonsense seems to have deserted them enough to allow silly behaviour. We may get the impression that people are being forced to do something against their will. But nothing could be further from the truth. Most people who go on stage with a hypnotist go because they want to be there. Also, most stage hypnotists are well trained in what is called suggestibility tests and they only select the people who are likely to respond well at that time (we vary).

Hypnosis has been around for a long time under a variety of names. The Celts and Greeks used it for both therapeutic and religious purposes and 4000 years ago, the Egyptians’ sleep temples were dedicated to therapeutic trance states in which curative suggestions were given. Today,  hypnosis is usually used in a healing context and there are documented cases of amputations and surgeries performed by Scottish surgeon James Easdaile, where mortality rates were reduced from 50% to 5% due to the absence of pain and shock.  I have seen footage of people having quite difficult operations under hypnosis, without any anaesthetic being used.  It is also used for phobias. A TV documentary once showed a group of arachnophobics being treated with hypnosis to desensitise their fears. Their fears ranged from an uncomfortable level of anxiety on seeing a spider to paralyzing fear at the mere mention of the word. The results were impressive. Although some couldn’t go as far as touching the formidable arachnid, several actually picked it up in their hands. But all had overcome their fear.

So what is it and how does it work? Hypnosis is not sleep. When in hypnosis our minds are actually ‘super’ alert while our bodies are ‘super’ relaxed and comfortable. We are accessing different brain waves from the usual, yet hypnotic trance is in fact a normal, everyday state. Whenever you are aware, focused, relaxed and absorbed in something, whether daydreaming, planning or watching TV, whether your eyes are open or closed, you are in a hypnotic trance.  You have had the experience of driving somewhere and not being able to remember the journey? That’s a hypnotic trance. According to wellness guru Deepak Chopra, “The possibility of stepping into a higher plane is quite real for everyone. It requires no force or effort or sacrifice – it involves little more than changing our ideas about what is normal. “Hypnosis allows access to the subconscious mind so that positive changes to our limiting beliefs, attitudes and negative habits can be made at a very deep level. So hypnosis can be described as a highly focused state of consciousness where you delve into your subconscious to tap into your own resources and then bring them back where you can use them.

Nor is hypnosis about authoritative mind control or emotional regression. You don’t go any deeper than you allow yourself to go. Getting ‘lost in trance’ is an urban myth.  You do not surrender your will to another person. In fact your will can be strengthened by hypnosis so that you no longer struggle to do (or not do) what you know you ‘should’ do (or shouldn’t do), but instead do it easily and naturally. It can help you change how you see your problems and this is particularly useful when you are unable to change the source of your woes. It also helps you find constructive solutions when your creativity (your ‘Wise Mind”) seems to be completely blocked.

Another benefit of hypnosis is that the subconscious allows accumulated stress to be released from mind and body. An accumulation of day-to-day stress has been shown scientifically to be the cause of many physical and mental illnesses, whether it is trying to juggle too many commitments or managing work/family conflicts and demands. It is not unusual to gain relief from hypertension and high blood pressure disorders because mind-body systems have balanced automatically during trance. A hypnotic trance can wipe the slate clean so to speak by releasing unwanted physical, mental and emotional tension from the nervous system. It also helps you deal with anger and frustration other than by self-medicating with food or drink or venting your feelings on undeserving loved ones.

Aside from stress and phobias, hypnosis can help with a wide range of issues, from the usual ones like quitting smoking or losing weight, to depression, memory and concentration, headaches, self-esteem and confidence, sexual problems, gambling and other problems of addiction, eating problems, dyslexia, anxiety and panic attacks, childbirth and bed wetting. It is also very effective in managing pain including after chemotherapy and radiation therapy.

Hypnosis may only require two or three sessions of an hour each after which you can do self-hypnosis. It has the advantage that the therapist does not need to know all the details of your problems. Nor do you have to relive any traumatic experiences during therapy. The therapist simply needs an idea of what you wish to accomplish from your session.

Hypnosis is a safe and natural experience suitable for adults, teens and children. Almost anyone can benefit from it and can learn also to use it on themselves. Some people are more responsive to hypnosis than others, and the higher your intelligence, the more you can benefit. The pleasant feeling of wellness experienced after a trance can last for several days. Used correctly, hypnosis is an extremely effective, drug-free, safe, permanent and natural way of treating and healing whatever the mind creates. In William’s case, it was chronic insomnia, which threatened his job and his health. for almost five years, the 32 year old computer expert couldn’t sleep properly. He blamed it on the stress of working long hours. William tried everything to help himself from totally changing his sleeping habits to hot milk before bed and mild sleeping pills. But nothing worked.

After a minor car accident, which he believes happened as a result of fatigue, he visited a hypnotherapist. After four sessions, he conquered his insomnia by first discovering the root of it. Whenever he found himself under time pressure, his subconscious solved the problem by giving him the extra time he needed – time when he should have been sleeping. He says hypnosis has changed his life. “I’m not permanently tired” he says, “and the only time I’m awake at night is when I’m watching Manchester United play soccer against a rival team!”

THAT WHEN HYPNOTISED, PEOPLE ARE FULLY AWAKE?

THAT HYPNOSIS CAN EVEN BE INDUCED DURING VIGOROUS EXERCISE? 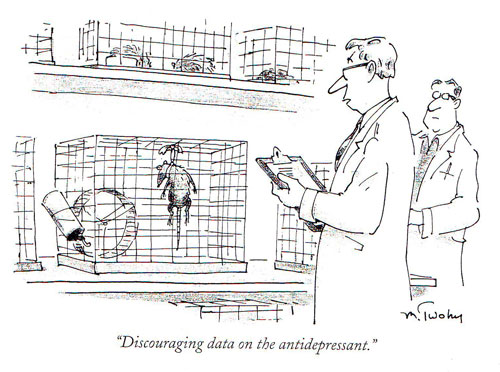